“In space a revenant was emerging from a crack at the edge of the universe. A point no larger than the tip of a sewing needle was giving birth to an entity, from far beyond all known time and space. The tiny point glittering darkly, stretched for parsecs on a direct course towards a tiny blue planet called Earth.” - Edehn Staplefoote 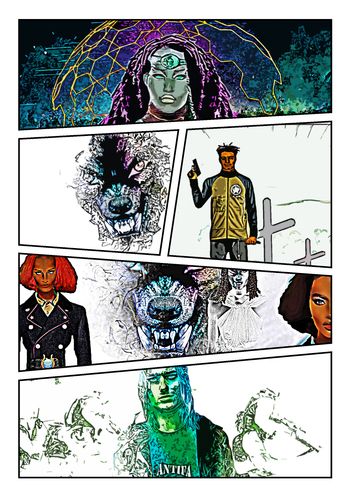 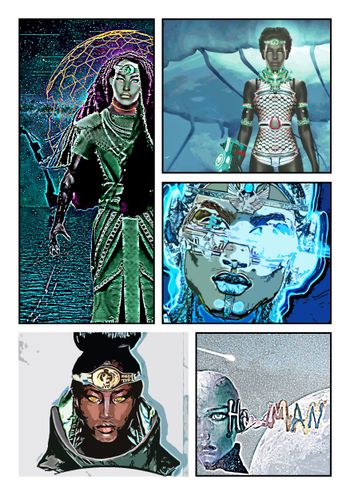 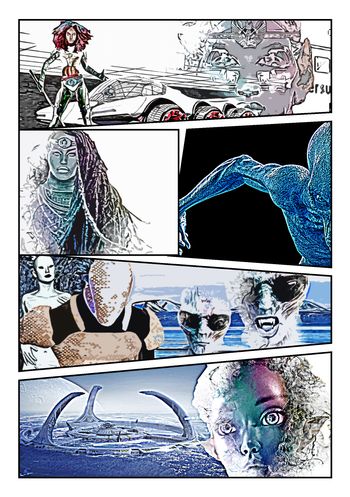 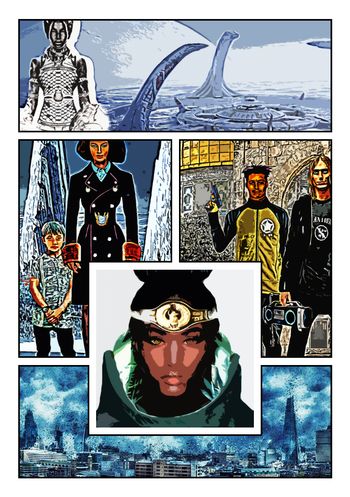 A motorcade of six black sedans, hogged the curb in front of the Seattle International Airport terminal. Here and there people glanced with anticipation, to be sure they didn’t miss a head of state arriving, or maybe even the newly elected, Prime Minister of NAS ( the North American State) Prime Minister Oshihiro, but no, it was not him. It was the Princess Akenefer, and that was her motorcade.

Akenefer emerged from the concourse in a simple gold tunic drawn over snug suede britches, of plush black silk. Instead of her typical weaponized Kephresh she donned a simple tiara that would only denote to the keenest of observers that she was in fact a sovereign, and not performing some presumptuous cosplay. Akenefer was the sole regent to the magical dominion of Amenteht which lay beyond the known borders of what was referred to in modern times as Antarctica. Accompanied by a small entourage made up of her first general Apollonia, and three soldiers Akenefer moved swiftly through the terminal.

Apollonia halted the small detachment and drew up beside Akenefer “Ma’am I just received the intel on our target.”

“The compound is in Ocean Shores. We are certain it’s her.”

Geneviève headed south to her seaside compound, in Ocean Shores, Washington. It had been a long grueling day of testing weapon prototypes at the defense base in Tacoma. A holographic trespasser alert scrawled ominously across the windshield in front of her. It was The old house ; a party of three had been detected. She reached into the space in front of the wind shield and spun the hologram carefully, but there were no intruders to be seen.

So what were the sensors picking up?

The old house was protected by a mage technology that made it nearly impenetrable to humans. which could only mean one thing, that whatever was there was other than human or a hybrid, possibly a Cyon such as herself. She would have to go in person to ascertain who and what they were, and what they were doing at her abandoned property.

“Tetra, The Old House.” Genevieve all but whispered the command,

“Affirmative.” The Autodrone (automobile-drone, she affectionately referred to as Tetra) chimed. The vehicle jolted slightly as it rose on a vertical grade up and out of traffic and pulsed away over the dense evergreen forests that lined both sides of the highway on a path to the Old House.

Genevieve’s lips parted to reveal immense crystalline fangs extending in anticipation of a kill…. A preternatural mauve oriency replaced the eggplant-black color of her eyes as she slowly began to transform.